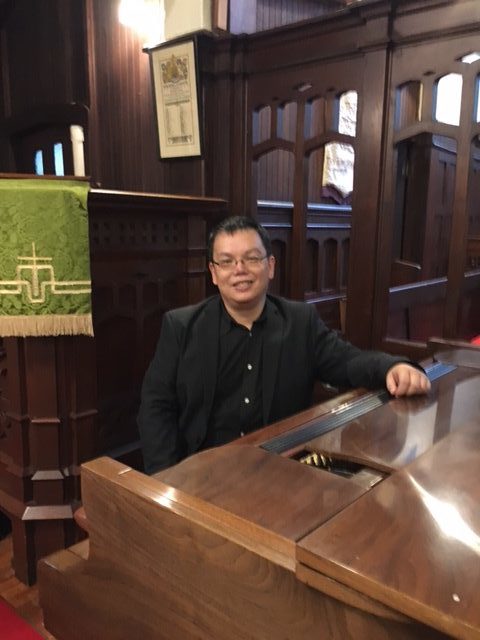 Upon graduation from his Bachelor’s degree in piano performance, he obtained a full music scholarship to study at the Royal Northern College of Music in Manchester, England. Matthew received his Master’s of Music in piano performance from McGill University in Montreal, Canada. He won the Clara Lichtenstein Piano Competition in 1996, and went on to numerous engagements, including broadcasts on both the English and French networks of CBC radio. Matthew has been active in contemporary music, collaborating with Ensemble de Musique Contemporaine and Société de Musique Contemporaine de Quebec. Composers and conductors he has worked with include Denys Bouliane, Walter Boudreau and Veronique Lacroix. He has also made a recording with ACREQ performing works of Frank Zappa.

Described as “a versatile and gifted pianist who displays amazing power at the piano … a force of nature”, Matthew performed frequently in concert halls and has been in great demand as piano collaborator in numerous music festivals and concert series such as the Kiwanis Music Festival, the CDMF music festival, MTNA festival etc.

His music repertoire spans virtually the entire spectrum of music including compositions by Beethoven, Chopin, Schubert, Brahms, etc. Matthew’s sensitivity and expressive playing has kept him in great demand as a piano instructor and accompanist since his arrival in the Pacific Northwest in 2000.